As I post this there's 24 hours left to get over 80 issues of IDW's Doctor Who comics for $15. Don't miss out on this great deal!! Go to https://www.humblebundle.com/books and get some great Tenth and Eleventh Doctor reading material!
Posted by Doctor Who: Panel to Panel at 9:56 AM No comments:

The new episode of Doctor Who: Panel to Panel is up featuring critically acclaimed comic creator Roger Langridge and more! I review Blood of Azrael Parts 2 and 3, Prisoners of Time #8, Happy Deathday and The Exterminator! Find it at
https://itunes.apple.com/us/podcast/doctor-who-panel-to-panel/id808301016 or at
http://doctorwhopaneltopanel.podomatic.com/entry/2014-05-24T04_06_12-07_00
Posted by Doctor Who: Panel to Panel at 10:57 AM No comments: 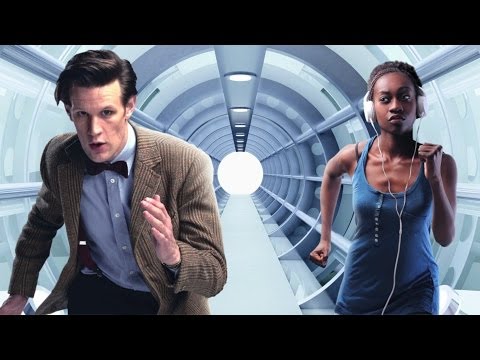 The Eleventh Doctor range can be pre-ordered in the following ways: 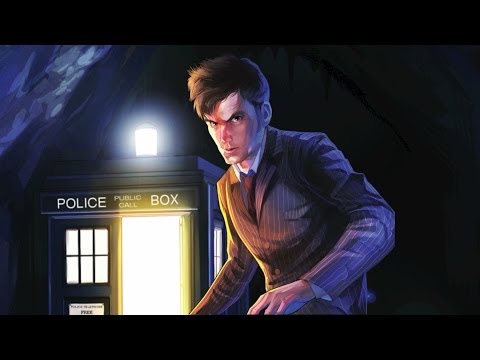 The Tenth Doctor range can be pre-ordered in the following ways:

Both the Tenth and Eleventh Doctor ranges will be available from 23 July 2014, with a Twelfth Doctor range following later in the year.

*Due to licensing restrictions, fans in the UK and Ireland can only purchase these comics digitally. For more information, read our Doctor Who Titan Comics FAQs.

Posted by Doctor Who: Panel to Panel at 9:01 AM No comments:

From doctorwhonews.com:
Humble Bundle Inc. - an initiative to sell digital collections on a limited timescale at a price the purchasher wishes to pay - is currently running a bundle of Doctor Who comics from IDW Publishing:

Over 60 brilliant issues. The Humble Doctor Who Comic Bundle features 14 collections of graphic novel storytelling, allowing you to travel with The Doctor as he adventures through all of space and time. Name your price for Fugitive, Tesseract, and Final Sacrifice featuring the 10th Doctor, David Tennant, alongsideDoctor Who: Series 2 Vols. 1-4, featuring the 11th Doctor, Matt Smith. As an added bonus, we’re throwing in the Android-based puzzle game Doctor Who: Legacy, which includes 10 pre-unlocked Doctors! Grab your sonic screwdriver and fight alongside quite a few recognizable companions as you battle Cybermen, Daleks, and more on episode-based levels!

Need even more wibbly wobbly, timey wimey...stuff? Beat the average and you will receive four more volumes! From Series 3, this collection includes The Hypothetical Gentleman, The Eye of Ashaya, Sky Jacks!, and Dead Man’s Hand, giving you even more of the fishstick and custard eating 11th Doctor.

This bundle is definitely bigger on the inside. Pay $15 or more and you’ll also receive the 3 volume series The Prisoners of Time. Released in 2013 to celebrate the 50th Anniversary of Doctor Who, this 12-issue story features all 11 past Doctors, from William Hartnell to Matt Smith, and culminates in a multi-doctor issue! Wrapping up the bundle (much like a bowtie): the 50th anniversary celebration issue and 2014 Hugo Award-nominee, The Girl Who Loved Doctor Who - a meta-story in which the 11th Doctor travels to the present day to discover an actor, Matt Smith, playing him in a TV show!
Posted by Doctor Who: Panel to Panel at 3:06 PM No comments:

Marketing Description: All Gabriella Gonzalez wanted was to skip her shift at the Laundromat and hang out with her friends. It’s Halloween, and Sunset Park is hosting its first-ever Day of the Dead festival! But her father wouldn’t listen – again – and now Gabby is stuck with a store full of empty washing machines while the rest of the neighborhood goes wild. But this graveyard shift is living up to its name! Vortexes explode out of the machines, shadowy creatures stalk on the edge of sight, and Gabby finds herself pursued by unearthly forces. Finally, on the longest night of her life, Gabby is trapped in a powerless subway car – and the only thing standing between her and horrific death-by-monster is some skinny guy in a suit – who’s waving a blue flashlight around!

If Gabby survives this – she’s going to kill him!

2. DOCTOR WHO: THE ELEVENTH DOCTOR #2

Marketing Description: When the Doctor last visited Rokhandi, it was a planet of such stunning natural beauty that an entire solar system had sworn to preserve it. What better place to take new companion Alice Obiefune on her first off-world adventure? And it would have been a magical vacation… if the TARDIS hadn’t overshot by fifty years. Now the austerity-hit pleasure planet has become a ‘theme safari’ corporate hell, overrun by eerie, giant-headed mascots and a trillion tramping tourist feet! But there’s something more sinister at play than rampant commercialism and ecological devastation… and the Doctor and Alice need to uncover all of Rokhandi’s long-buried secrets if they’re to escape with their lives!