Thanks to Titan Comics, who have generously provided Panel to Panel with info about the first issue of their new Tenth Doctor comic! Check out these cool covers and ordering incentives. Be sure and reserve your copies at your local comic store!!

DOCTOR WHO: THE TENTH DOCTOR #1 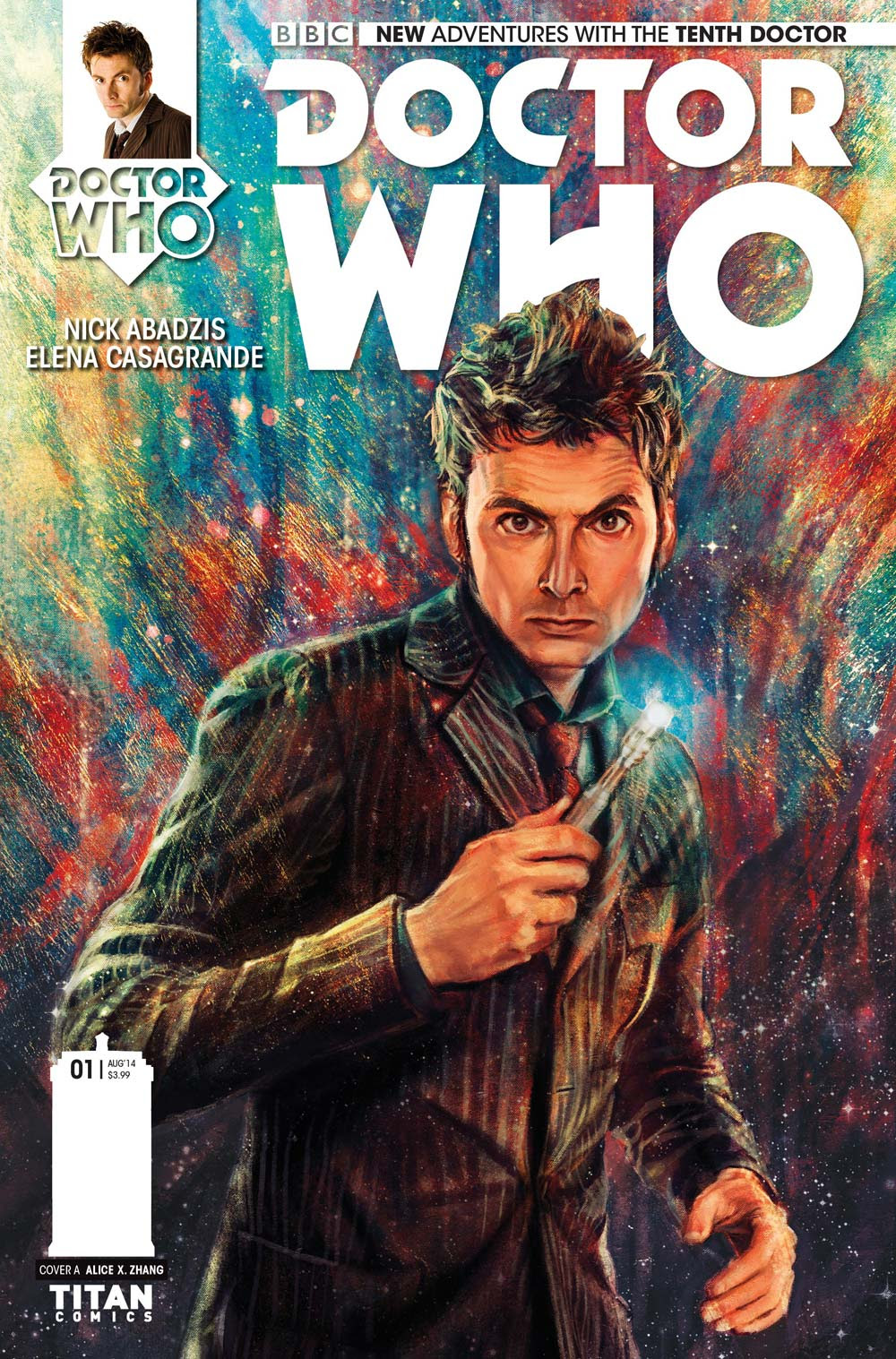 The Eisner Award-winning Nick Abadzis (Laika) and fan-favorite Elena Casagrande (Angel, Suicide Risk, Doctor Who, Star Trek) take control of the TARDIS for their first five-issue arc with the Tenth Doctor, as played by David Tennant!

Gabriella Gonzalez is stuck in a dead-end job in her family’s New York Laundromat, dreaming of college and bigger, better and brighter things.

So when a strange man with an even stranger big blue box barges into her life on the eve of the Day of the Dead celebrations – talking about an infestation of psychic aliens – she seizes her chance for adventure with both hands.

After Donna’s tragic exit, the Doctor thought he was done with new companions. But Gabby Gonzalez is going to prove him wrong… if she survives the night! 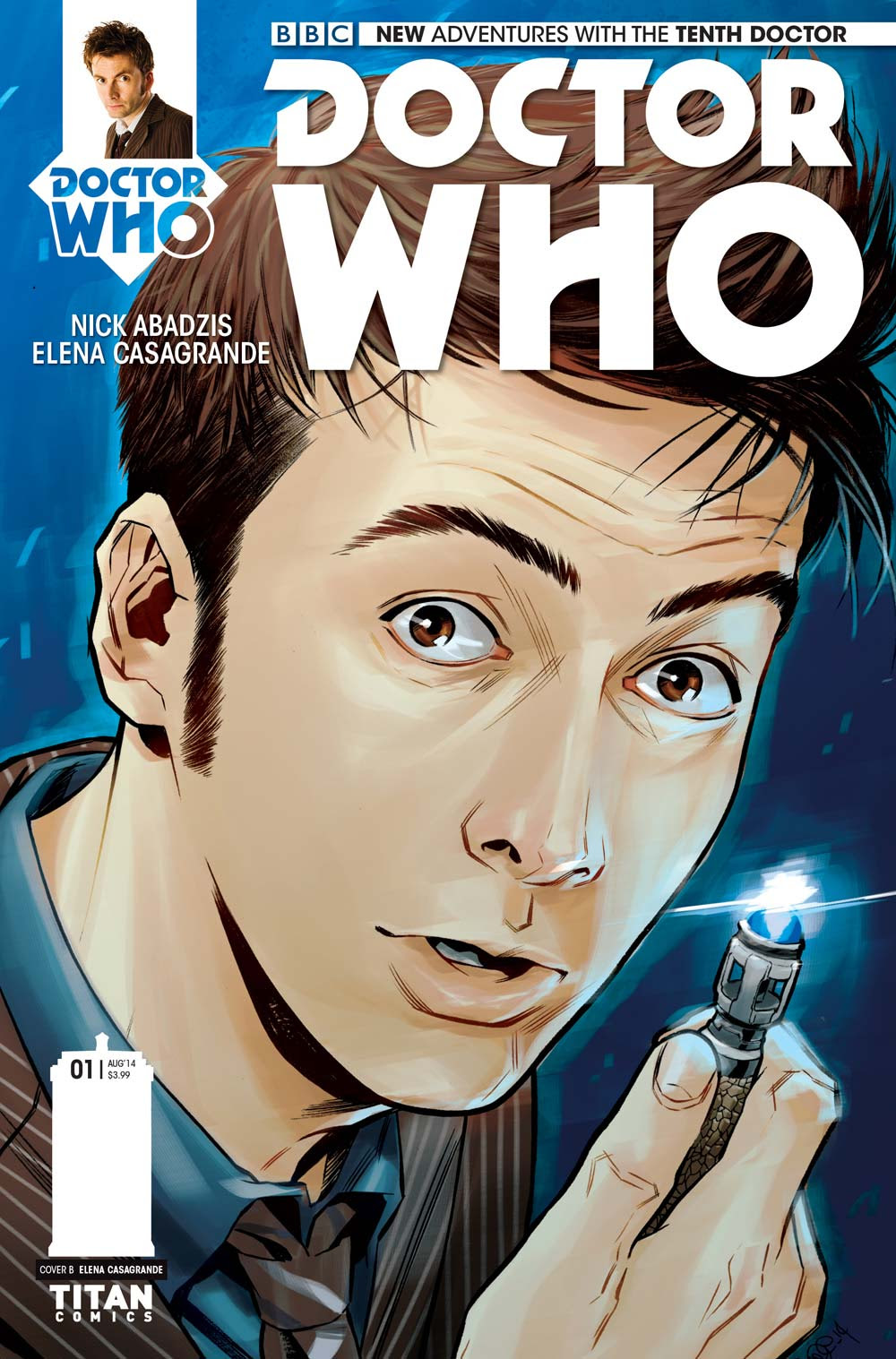 [NOTE: This Elena Casagrande variant cover is intended for subscription customers, and can be ordered in any quantity] 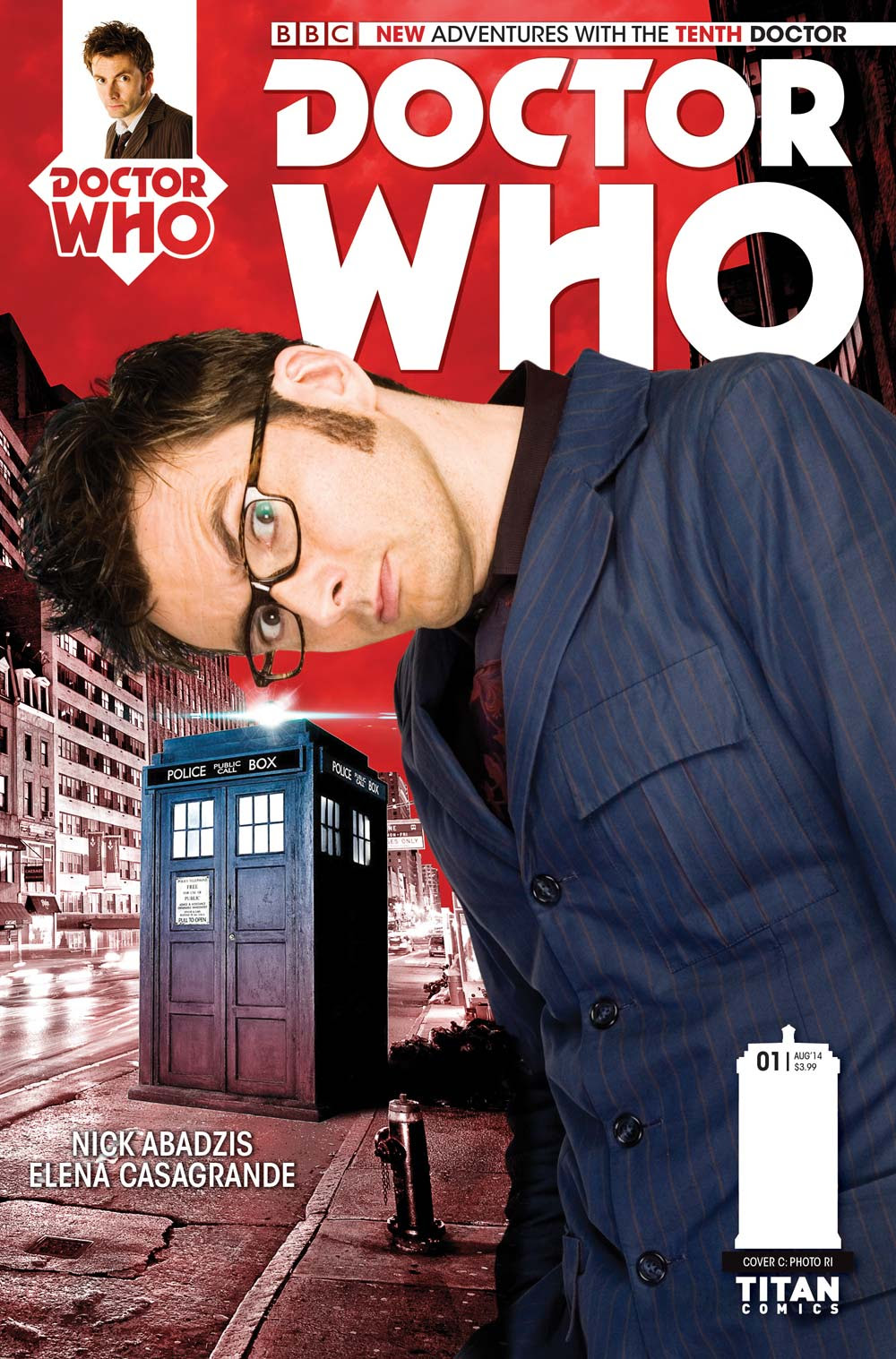 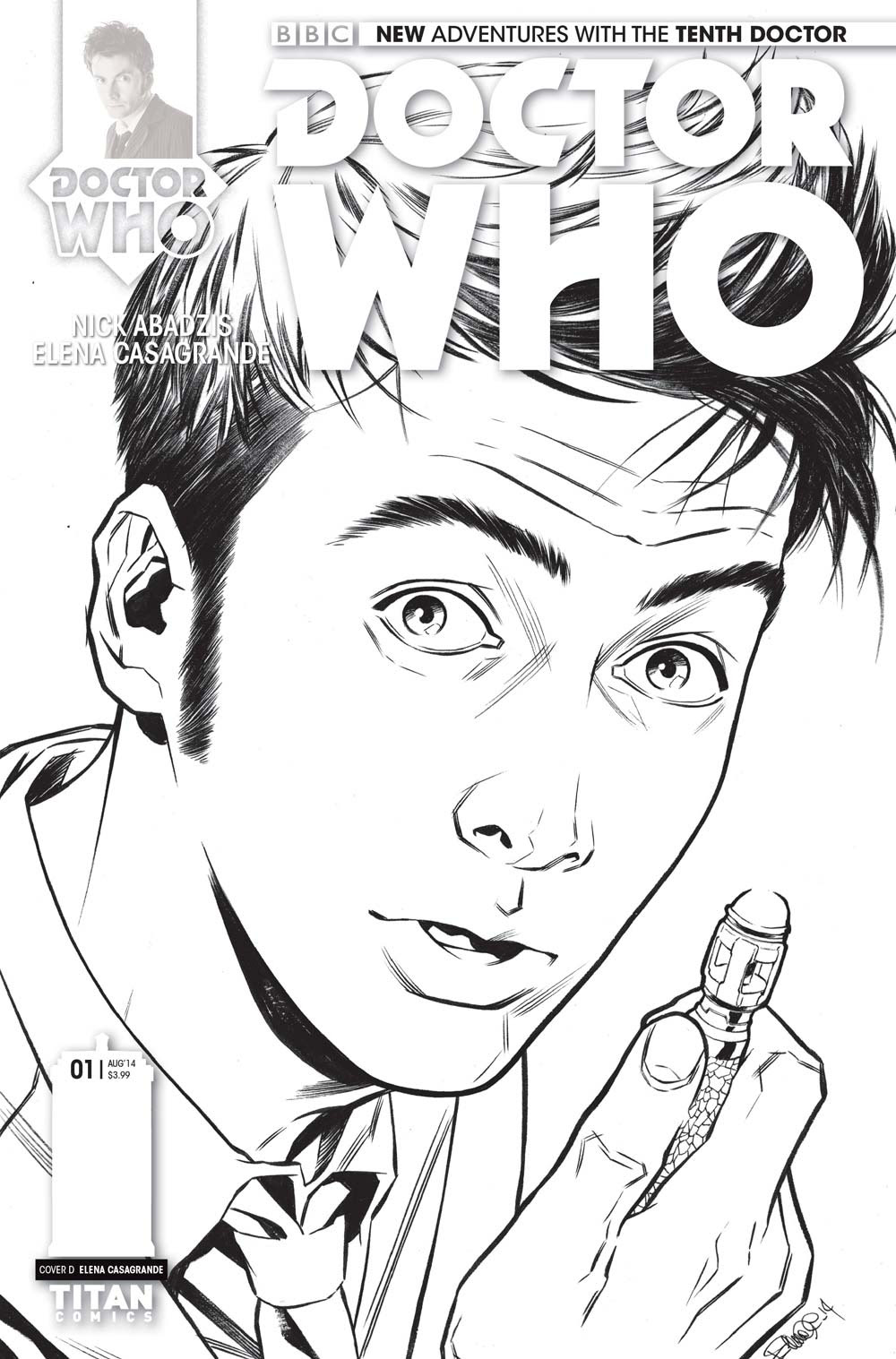 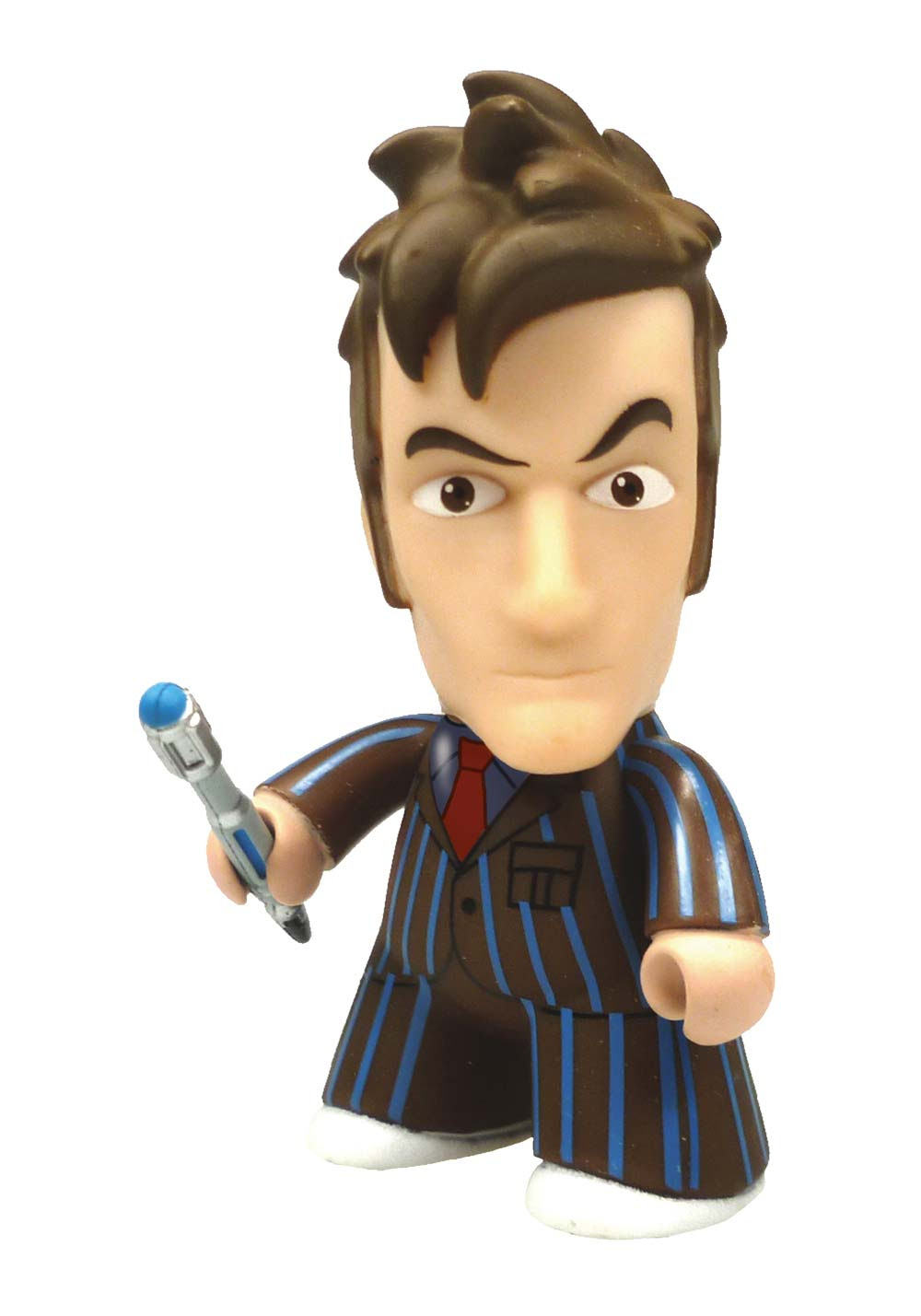 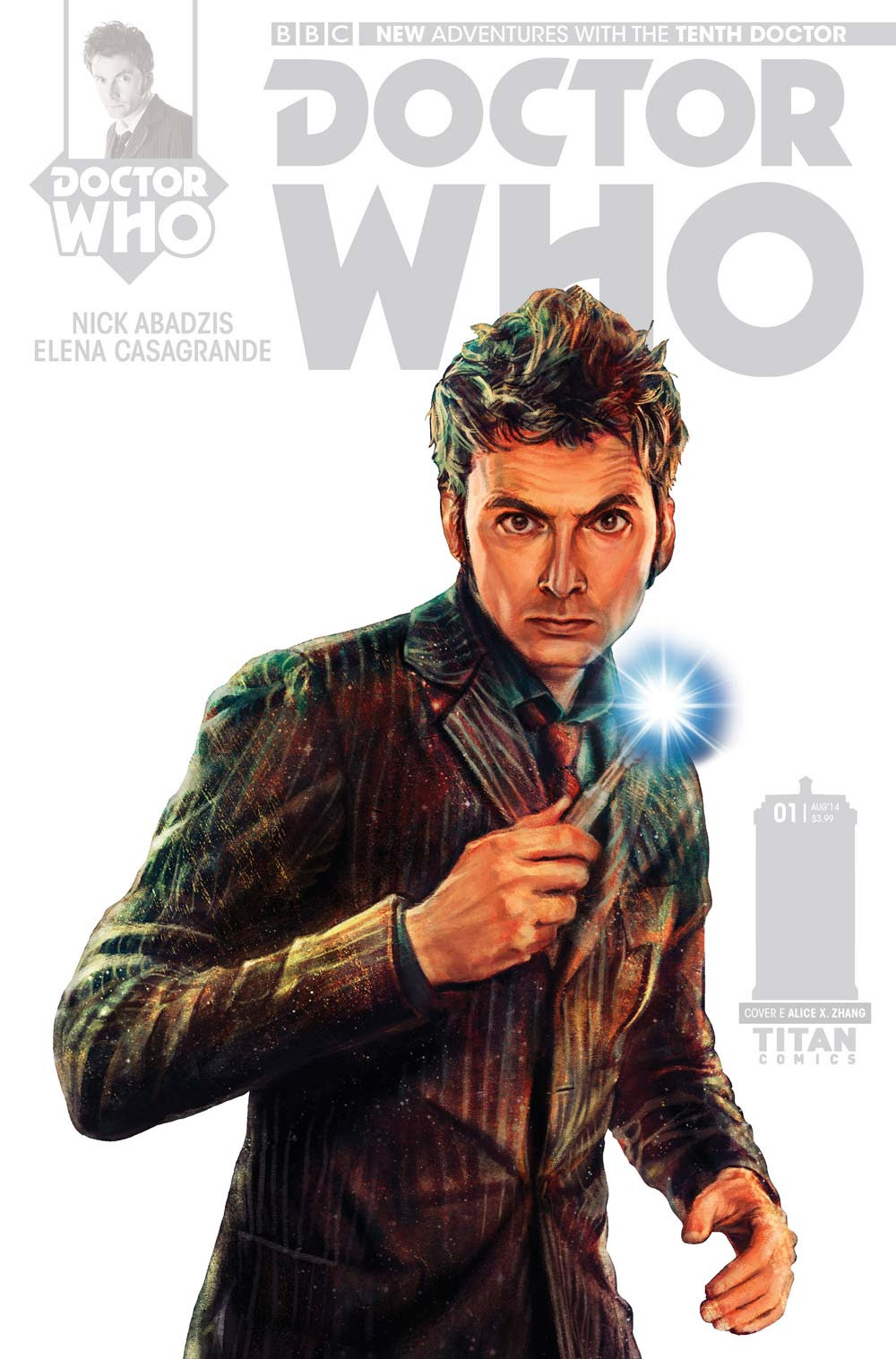 [NOTE: For every 100 copies Doctor Who: The Tenth Doctor #1 ordered (Regular or Subscription Incentive), receive 1 Alice X. Zhang ‘Stark’ Cover free.]
Posted by Doctor Who: Panel to Panel at 9:29 PM