But there’s something essential the Doctor’s missing – something he’s overlooked.

Can Alice help him see it, in time to save her life… or is the story of the Doctor’s favorite sarcastic library assistant doomed to end in the icy depths of space?

Writer Al Ewing (Loki: Agent of Asgard) and artist Boo Cook (2000AD, Elephantmen) invite you to a high-tech race against time, with everything to play for!
Comes with two covers to collect: an art cover by Verity Glass and a photo subscription cover. 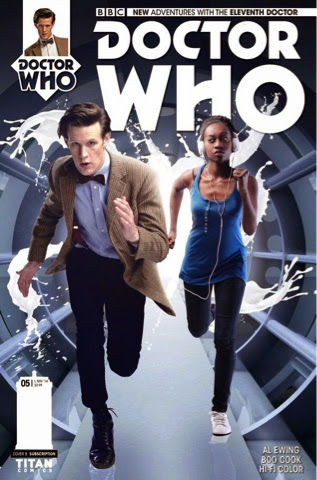 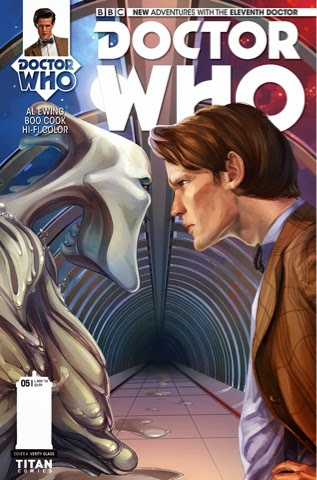 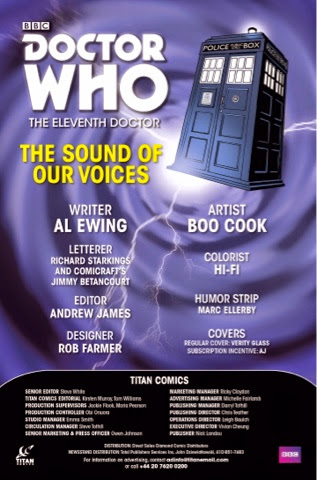 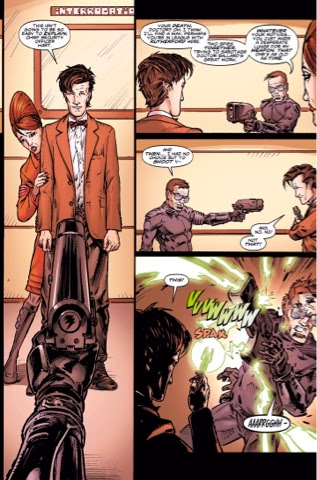 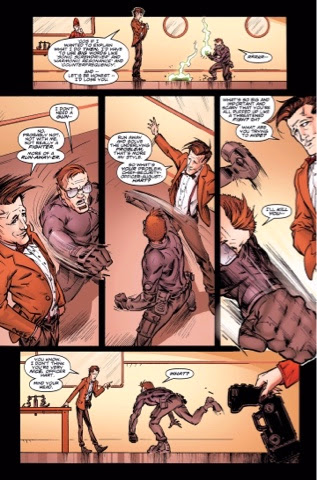 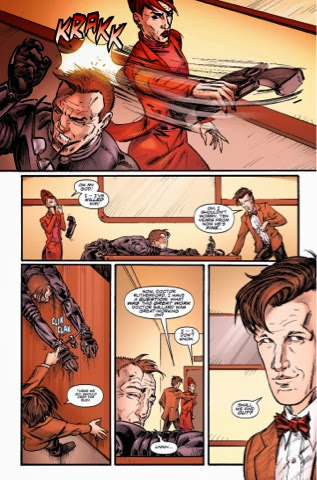 Posted by Doctor Who: Panel to Panel at 4:36 AM No comments:

EXPLORE TERRIFYING NEW WORLDS AND BOLD NEW ERAS – AS THE ADVENTURE CONTINUES FOR THE TWELFTH DOCTOR AND CLARA!

On a frozen planet spinning around a dying star, the Doctor and Clara stumble across the lone survivor of a species that once conquered the galaxy. Is it a prisoner? Cryogenically suspended pioneer? ...or something altogether more sinister?

Caught in a deadly mystery, Clara and the Doctor's actions will have scorching repercussions for the universe!

Posted by Doctor Who: Panel to Panel at 5:44 AM No comments:

Titan Comics is proud to announce the creators of Dungeon Fun will join Rachael Smith, Emma Price  and Marc Ellerby in the line-up of stellar talent producing humor strips for Titan’s Doctor Who comics!

For Bell and Slorance, whose all-ages comic DUNGEON FUN won all 4 Scottish Independent Comic Book Awards in July, this is a dream assignment.

Bell says, “To be the men who put the words in the mouth of The Man Who Stops The Monsters is an incredible honor for us both!

“We're concerned with what happens in the smaller moments between crises, when the galaxy's not being saved. Who takes the bins out? Where do they go for lunch? Neil and I hope to answer these questions; and as always, the answers await us... in time! “

“As someone who loved Matt Smith's time as the Doctor, I'm over the moon to be involved with the brand new comics,” says Marc Ellerby. “I'm donning my fez and raggedy blazer to help power through the drawings!”

“I’m so excited to be able to work on these strips,” Rachael Smith adds. “I'm having so much fun writing for the characters!”

Emma Price says, “It’s thrilling being able to support such a diverse and accomplished range of creators in a new era of comics adventures with the Doctor!”

“It’s a delight to showcase the work of some immensely talented indie creators through the Doctor Who comics,” says Doctor Who editor Andrew James. “Hopefully we’re introducing our readers to a whole universe of new writers and artists, as well as offering some charming and hilarious shorts with these beloved characters.”

Doctor Who: The Twelfth Doctor #2 is on sale in comic stores globally and via comiXology from November 19.

Posted by Doctor Who: Panel to Panel at 7:20 PM No comments: 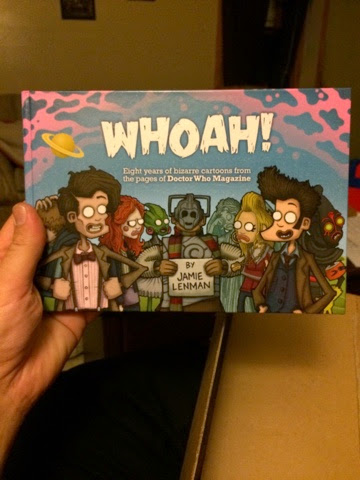 If you read Doctor Who Magazine since the return of the show to television in 2005, you have have seen the Doctor Whoah! comic strip by an artist named Baxter. That gentleman's real name is Jamie Lenman and with the help of small-press publisher Miwk (pronounced "milk") Publishing he has collected all of his strips into a book called Whoah!: Eight years of bizarre cartoons from the pages of Doctor Who Magazine.

I was a fan of Lenman's strips when they were in DWM. His humor was quirky and off-the-wall, which coincidentally fit his art style. Lenman's cartoons gave you plenty to admire and provided readers with a different look at Doctor Who on many levels and this collection shows that off in a lovely package.

Having all of the Doctor Whoah! comics in one collection is brilliant and I am glad that Matt West and the rest of Miwk Publishing compiled this book. Not only do you get all of the strips from DWM but Jamie also provides the Moments in Time strips he created for the Doctor's 50th anniversary and some brand new strips you can only find within the covers of this book.

The production value of this book is top-notch. Not having seen a book produced by Miwk, I was really surprised by how lovely this book is. From the cover to the paper stock, the page printing to the coloring, everything looks amazing. This is there first foray into releasing a book with artwork on this scale and it excites me even more for their next book along these lines - a collection of Doctor Who comics from Tim Quinn and Dicky Howett.

The only drawback to this collection (which has nothing to do with the contents of the book) is that the high price point may keep some readers away. If you are a fan of funny Doctor Who material, great artwork or Doctor Who in general, do not let this scare you away. You definitely get your money's worth in this volume and won't be disappointed.

Jamie Lenman has a unique, abstract art style and a compatible outlook on Doctor Who. Having a complete collection of all of his strips is something that most Doctor Who fans don't know they want but if you would put it in their hands would be glad you did. This splendid, humorous book has something for everyone and should not be passed by.

Posted by Doctor Who: Panel to Panel at 8:42 PM No comments: