Out today from Titan Comics! 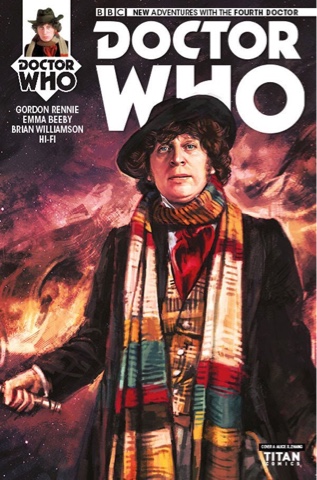 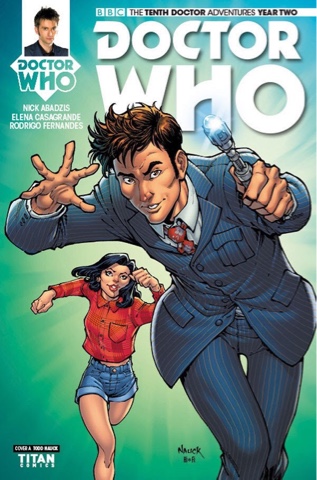 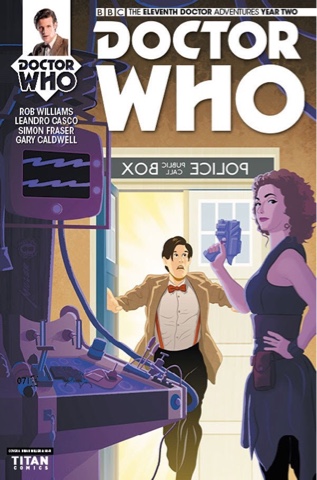 Posted by Doctor Who: Panel to Panel at 10:42 AM No comments:

This Wednesday sees the release of the first issue of Titan Comics' Fourth Doctor mini-series! Check out all the covers - including variants and store-exclusives - below!
DOCTOR WHO: THE FOURTH DOCTOR #1 - a brand-new Doctor Who mini-series featuring The Fourth Doctor (Tom Baker) by Gordon Rennie(2000AD, Judge Dredd, Department of Monsterology) and Emma Beeby (Swords Of Sorrow) - creative team of Robbie Burns, Witch Hunter, and illustrated by Brian Williamson (Twelfth Doctor). 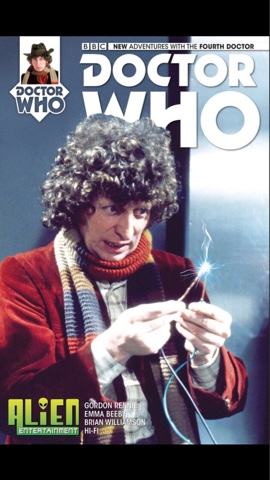 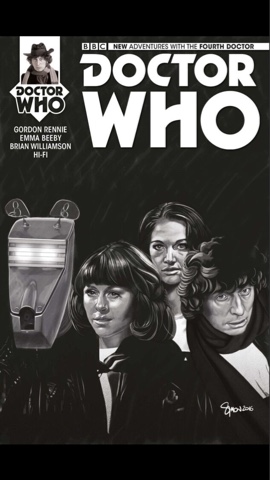 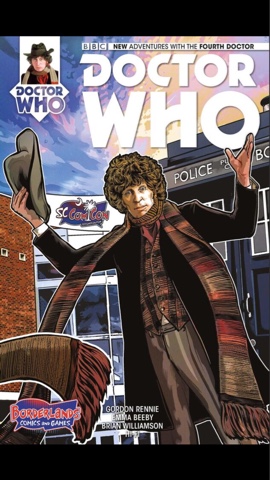 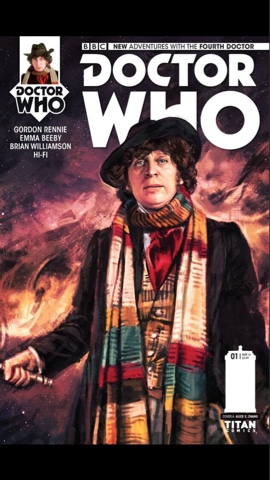 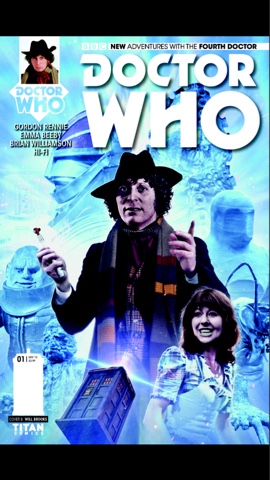 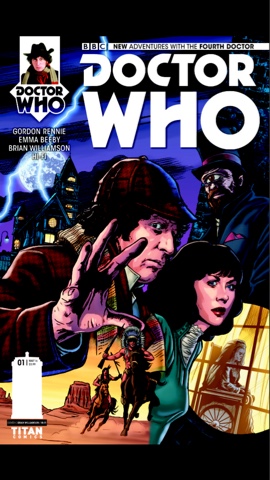 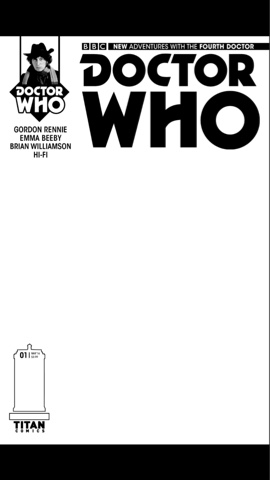 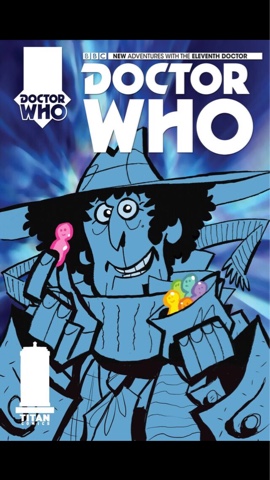 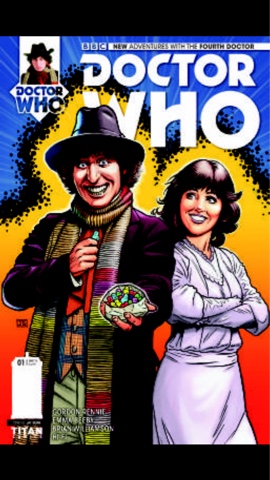 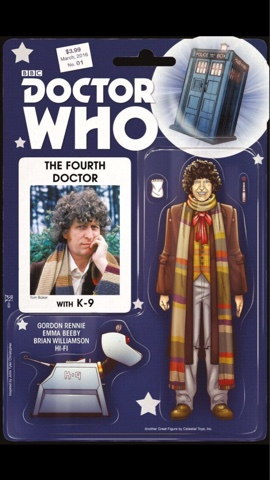 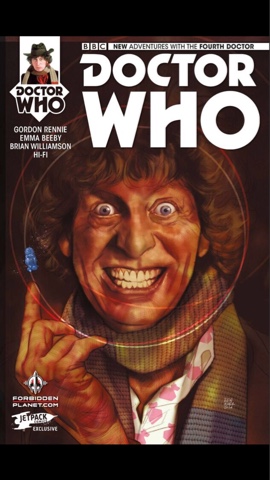 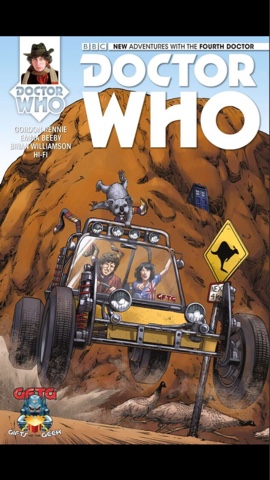 Delays and a Festival!

Due to a death in the family, my family being on spring break this week, an important project that needs my attention and assorted other things that have thrown off my schedule, the 50th episode of Panel to Panel may not come out this Saturday as I had originally planned. Hopefully some of you are still looking forward to my podcast!
I did have time, however, to help take pledges at the Iowa Public Television studios this past Saturday during the Doctor Who segment. I had the pleasure of chatting with TJ Lubinsky, noted public television host and Doctor Who fan, about his work on processing classic Doctor Who episodes for airing on PBS stations as well as renewing acquaintances with friends I haven't seen in ages. We had a great time and raised quite a bit of money in the process! 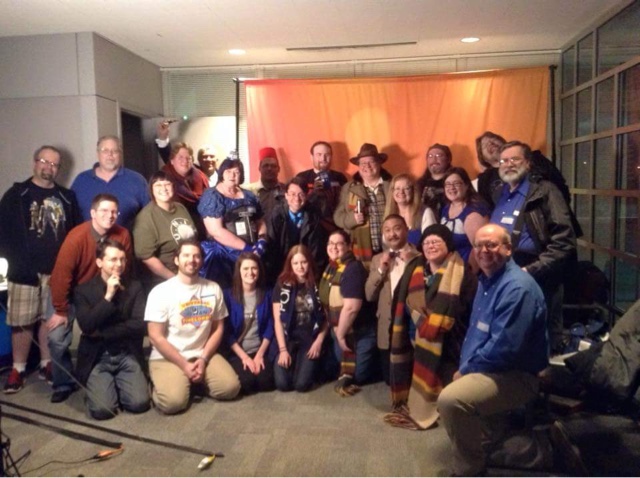 Posted by Doctor Who: Panel to Panel at 9:10 AM No comments:

Here are the listings for all the Doctor Who comic-related books and magazines from the new issue of Previews. Make sure and let your retailer know which issues and variants you want so they can get them ordered for you! 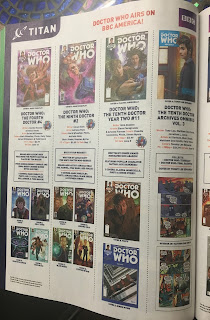 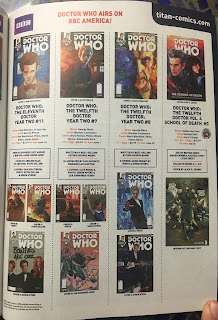 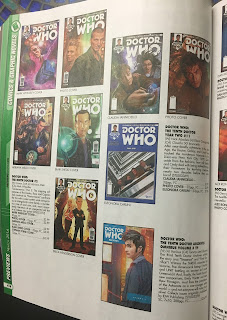 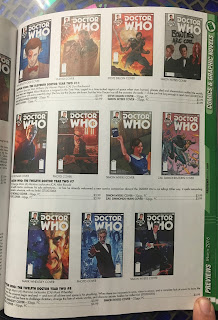 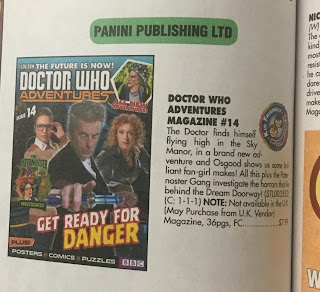 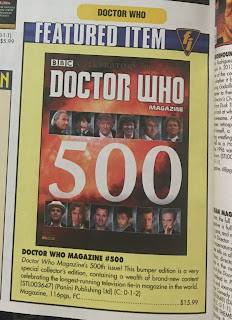 Posted by Doctor Who: Panel to Panel at 9:56 AM No comments: