Missy Gets Her Own Series! 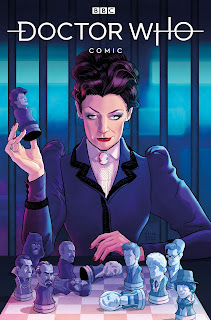 Titan Comics are excited to announce that this April will see both the launch of a brand-new series in the Doctor Who comics line as well as the comic debut of one of the Doctor's darkest nemeses in Missy #1.

Following on from the huge success of the Doctor Who Comic crossover adventures, starring the Tenth and Thirteenth Doctors as they battled iconic villains like the Weeping Angels, Skithra, Sea Devils and Autons, this new story sees the series expand its horizons even further with the first appearance of the Twelfth Doctor’s arch-rival Missy (as played on TV by Michelle Gomez).

MISSY wages war on the Doctor, but this time she’s not alone! Can the combined brilliance of the Third and Twelfth Doctor avert her deadly scheme, or will she get her hands on a secret weapon capable of wreaking havoc on the universe? This special story, celebrating the 50th anniversary of the Master’s first appearance, will feature more Doctors and Masters than ever before.

This new series will also see the return of the critically acclaimed creative team behind the Doctor Who comics with Eisner-nominated writer Jody Houser (Stranger Things, Spider-Man), illustrator Roberta Ingranata (Witchblade), and colorist Enrica Angiolini (Warhammer 40,000) all part of this unique and exciting project.

For writer Jody Houser, this upcoming arc has been a long time coming: “I wrote a few pages of Missy way back in The Road to Thirteen, and I've been dying to write more of her ever since. Her ineffable cunning and sense of fun make her the most delightful sort of monster.”

Missy #1 will debut with a selection of amazing variant covers, including the first of a stunning four-part Masters connected cover set by Claudia Caranfa featuring Michelle Gomez, John Simm, Roger Delgado and Sacha Dhawan as well as a cover by the fan-favorite artist David Busian (Star Wars Adventures), plus much more!

Doctor Who: Missy #1 hits stores and digital devices April 2021. Retailers and fans can order this hotly anticipated debut issue from the February edition of the Diamond Previews catalog and Forbidden Planet (UK & Europe). 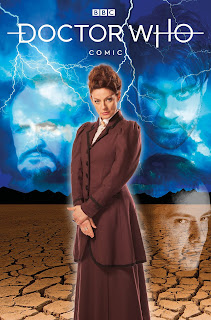 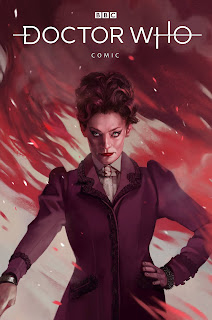 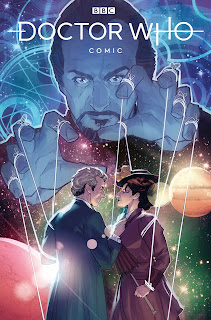 Posted by Doctor Who: Panel to Panel at 6:52 PM No comments: