Doctor Who: Legacy Game to Have Two New Comic Companions!

ALL-NEW COMICS COMPANIONS AND LEVELS DEBUT IN DOCTOR WHO: LEGACY!

DOCTOR WHO COMICS AND DOCTOR WHO: LEGACY TEAM TO BRING NEW COMICS COMPANIONS INTO THE ACCLAIMED FREE-TO-PLAY MOBILE GAME!
When the first issues of Titan Comics' all-new ongoing comics series (Doctor Who: The Tenth Doctor #1 and Doctor Who: The Eleventh Doctor #1) are released July 23, readers will discover at last how new companions Gabriella Gonzalez and Alice Obiefune enter the Doctor’s lives!
We can now announce that these first issues will also each include an exclusive link to a code that readers can use to bring these new comics companions into their Doctor Who: Legacy games.
That’s not all – players will also be able to pit these new companions against thrilling new levels and enemies ripped from the pages of the comics – for free!
"We're very excited to be working with Titan to add the Tenth and Eleventh Doctors' newest companions to the world of Legacy," said Susan and Lee Cummings of Tiny Rebel Games. "Seeing them fight alongside other fan-favorite companions like Amy, Clara and River Song, and go up against the amazing new enemies introduced in the comics, is pretty thrilling!"
“Doctor Who fans from all over the world have already flocked to Legacy – and with good reason!” Said Doctor Who comics editor, Andrew James. “So collaborating with the Legacy team to bring our comics companions into the game was a perfect opportunity. It’s a real delight for us that Gabby and Alice can now go on new adventures with the Doctor in between issues – and we look forward to sharing more comics-driven content through Legacy in the future!”
Doctor Who: Legacy is developed by Seed Studio and Tiny Rebel Games, and is published by Tiny Rebel Games under license from BBC Worldwide. It is available now for iOS, Android, Samsung and Kindle Fire, with a Facebook release imminent. Find it now on your favorite app store, or visit tinyrebelgames.com and twitch.tv/theadiposetv for more info.
Doctor Who: The Tenth Doctor and Doctor Who: The Eleventh Doctor are ongoing comics series published by Titan Comics. The first issues of both titles are released on July 23, and are available in print wherever good comic books are sold, and digitally through comiXology. Find out more at titan-comics.com, where you can also pre-order or subscribe to each series!
About Tiny Rebel Games LLC
Tiny Rebel Games LLC is a publisher and developer of richly designed and addictive games for mobile and other platforms.  The latest partnership venture for Lee Cummings and Susan Cummings, Tiny Rebel Games is the culmination of over a decade of work together across a broad variety of genres and platforms, including a broad portfolio of design and production contributions to such blockbuster successes as the Grand Theft Auto series, Bioshock, Borderlands, and Bully.
About Seed Studio
Established in 2006, Seed Studio is a global developer of entertainment software, specializing in the creation of social game content for all platforms.  With offices located in Taipei, Taiwan and Woodland Hills, CA, Seed Studio is a unique blend of Eastern-Western art, design, and programming.
About Titan Comics
Titan Comics offers astounding creator-owned comics and graphic novels from new and world-renowned talent, alongside the world's greatest licensed properties and classic graphic novels remastered for brand-new audiences.
Titan is one of the most successful independent publishing operations in the US, with a recent six-week run at #1 in the New York Times bestseller list.
For more information, visit www.titan-comics.com
About BBC Worldwide Americas
BBC Worldwide is the main commercial arm and a wholly-owned subsidiary of the British Broadcasting Corporation (BBC). BBC Worldwide Americas brings together all of BBC Worldwide businesses across North and South America. The company exists to maximize the value of the BBC’s assets for the benefit of the UK license payer, and invests in public service programming in return for rights. The company has five core businesses: Channels, Content & Production, Sales & Distribution, Consumer Products and Digital.  Under these businesses fall two key brands in the U.S. – digital cable channel BBC AMERICA and BBC Worldwide Productions, the production arm responsible for the smash hit Dancing with the Stars. 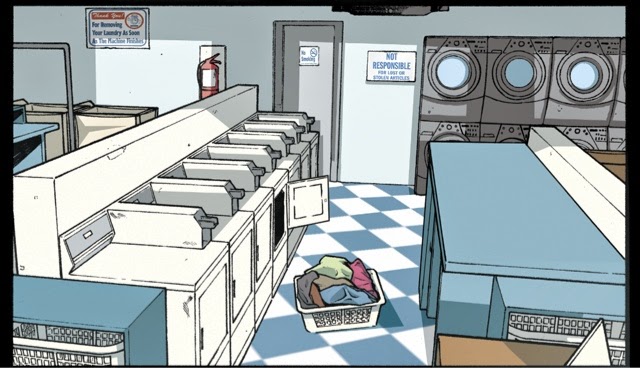 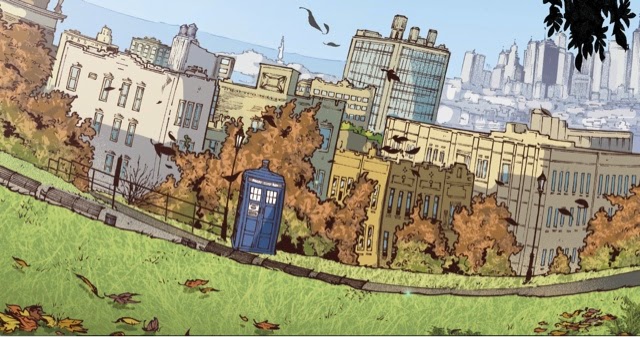 Posted by Doctor Who: Panel to Panel at 9:37 PM